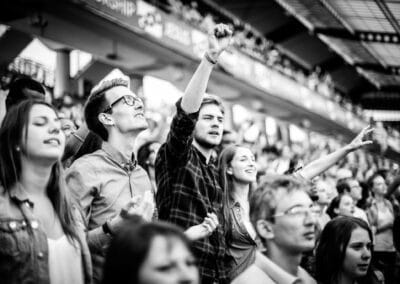 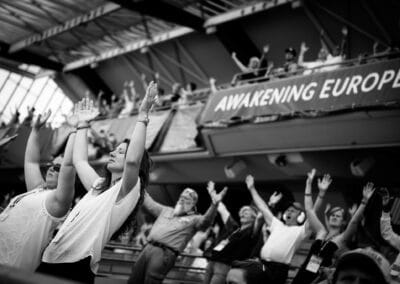 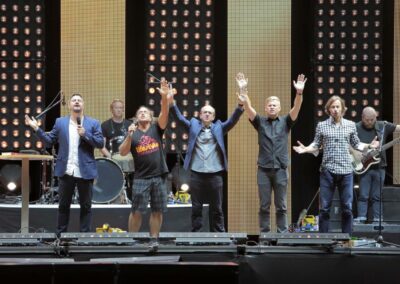 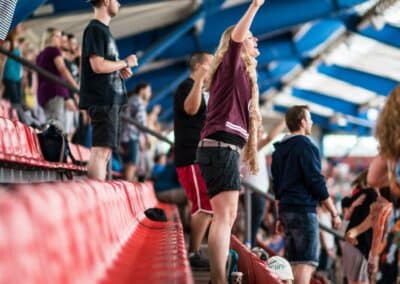 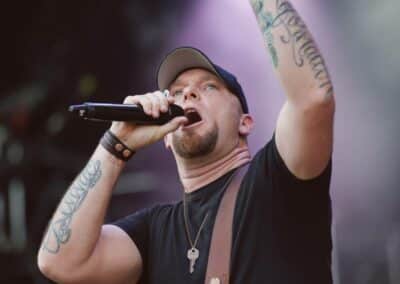 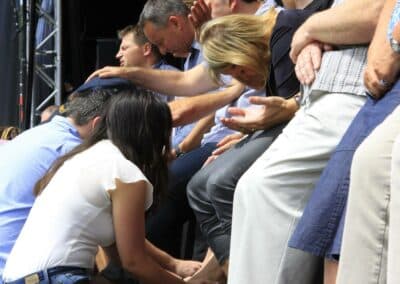 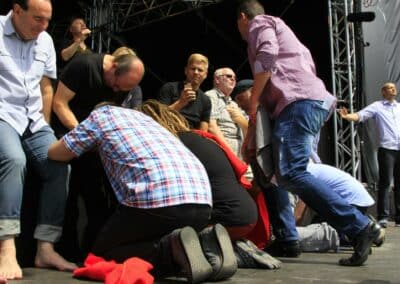 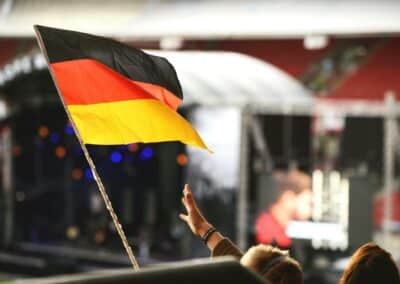 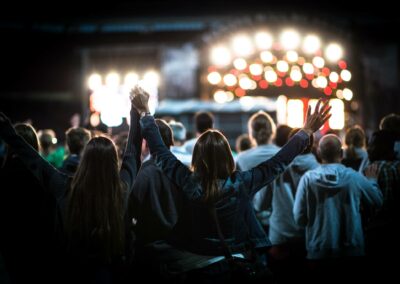 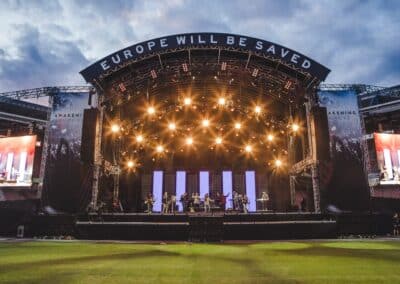 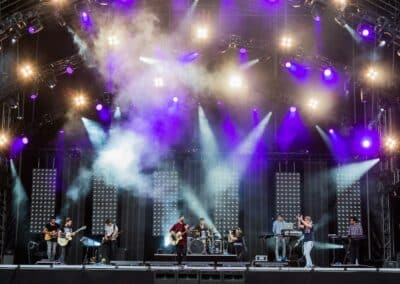 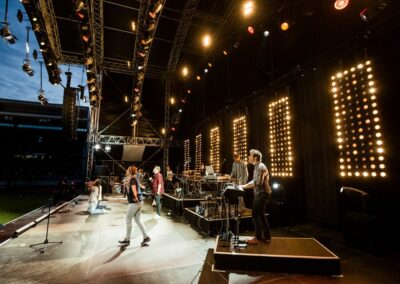 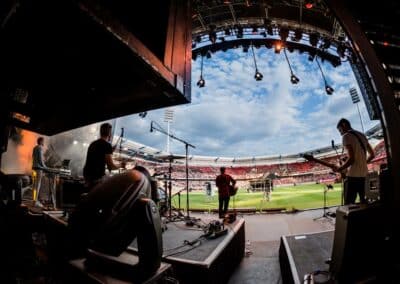 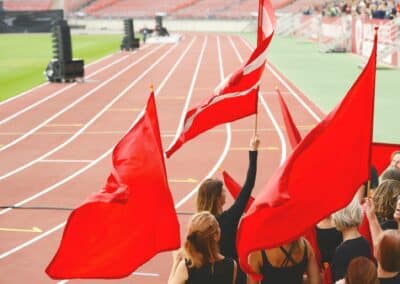 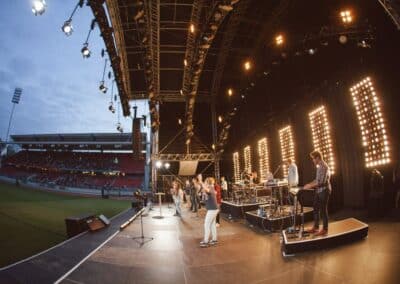 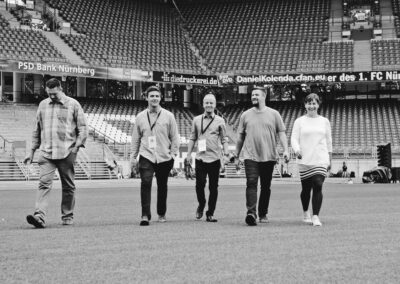 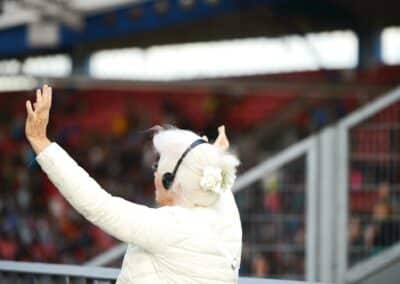 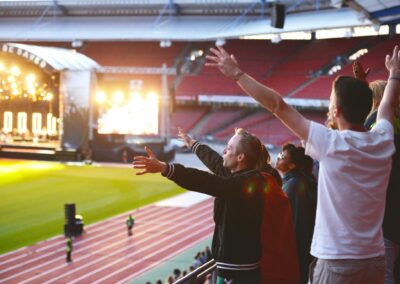 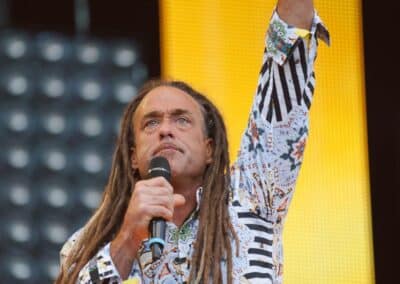 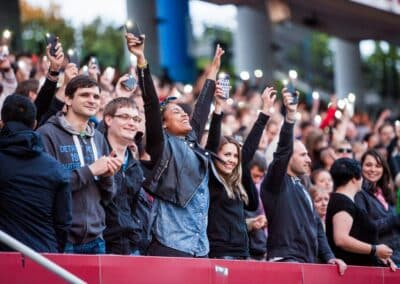 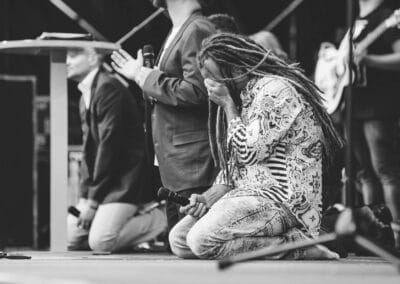 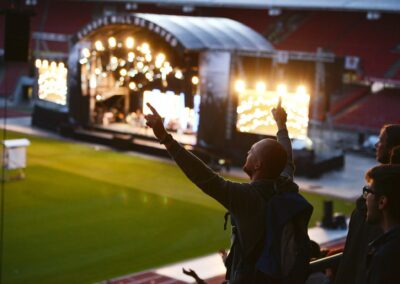 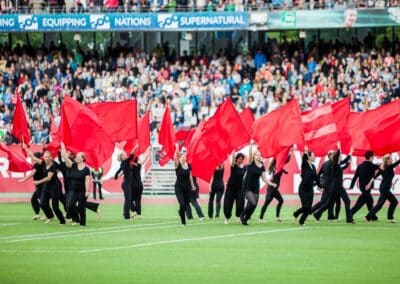 In February 2014 Ben Fitzgerald and Todd White were speaking in Nuremberg, Germany. During a free day, they were taken on a tour to see some of the historic World War II sights. Todd and Ben had no idea that this would be the day that God would invite them into the great dream of His heart to see what is currently one of the least evangelized areas of the world come back to Christ.
As Todd and Ben were looking over a field called the Luitpoldhain, Jesus opened their hearts independent of each other and showed them that there in Nuremberg, He would draw thousands of people together from all over Europe to worship and pray to God to change history.
Standing there in awe of this vision, somehow they both knew this would come to pass in 2015. It was only later that day they realized this would be exactly 70 years since World War II ended. They could even see where the Nuremberg trials of war had happened, right in this very city. This experience caused them to greatly desire to come and serve what God is stirring up in Europe concerning the transformation of this continent.
In response to this encounter, the Awakening Team has committed itself to see God’s love invade Europe. We have invited other burning ones such as Jesus Culture, Paul Manwaring, Walter Heidenreich, Matthias “kuno’ Kuhn, Jake Hamilton, and many more. Together we saw a commissioning take place in 2015 at the exact location the enemy tried to destroy Europe in World War II.

This was not just a Christian event or conference; we invited people from the U.K. to the Ukraine, Charismatics to Catholics, all to come together as one and take back history in this continent that needs great freedom. God sees no more borders in Europe and this event empowered and equipped a new and free generation, young and old, to live a lifestyle that is unashamed and full of love and power. As a result of this commission, we believe so many were sent out, burning for Jesus into their own towns, cities, and nations. God knows the entire face of Europe can be literally changed forever as millions of people encounter Him though you and me.

This website is using cookies to improve your surfing experience. You can either agree to all of them or adjust the settings.
Cookie SettingsAccept All
Manage consent

This website uses cookies to improve your experience while you navigate through the website. Out of these, the cookies that are categorized as necessary are stored on your browser as they are essential for the working of basic functionalities of the website. We also use third-party cookies that help us analyze and understand how you use this website. These cookies will be stored in your browser only with your consent. You also have the option to opt-out of these cookies. But opting out of some of these cookies may affect your browsing experience.
Necessary Always Enabled
Necessary cookies are absolutely essential for the website to function properly. These cookies ensure basic functionalities and security features of the website, anonymously.
Analytics
Analytical cookies are used to understand how visitors interact with the website. These cookies help provide information on metrics the number of visitors, bounce rate, traffic source, etc.
SAVE & ACCEPT
Powered by